Here's a recap of recent work that's gone up around the internet. 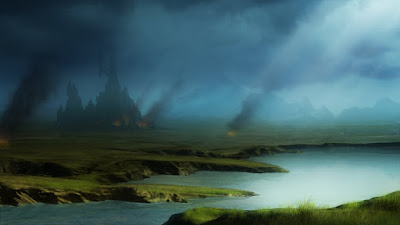 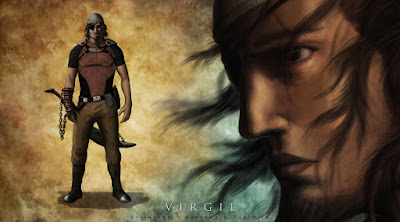 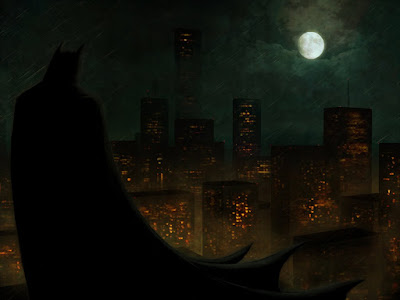 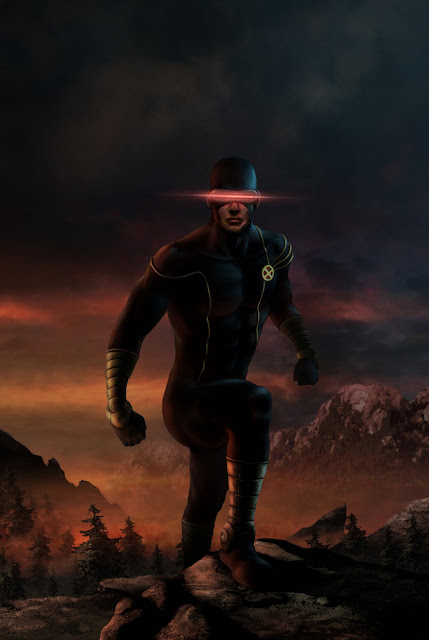 (Originally posted here.)
You can now follow me on twitter, by the way.  I'll update it whenever I upload a new piece anywhere on the web.
Posted by Unknown at 10:55 PM No comments:

Another piece of art for TGB Customs packaging!  Continuing with the theme of doing these like a horror movie poster, like the 'Mammoth Monster' before... 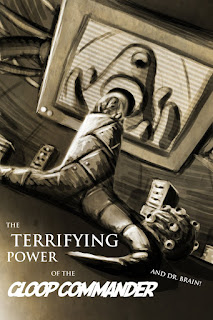 After some feedback from TGB Customs, color started to work its way in. 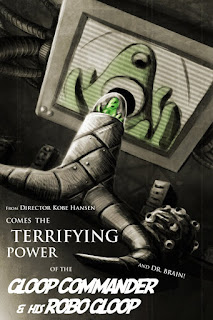 And then I finished rendering... 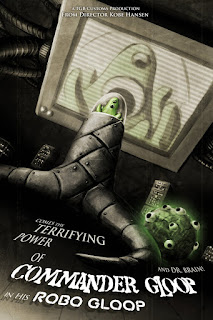 This was a blast to do - especially the glowing Dr. Brain!
Posted by Unknown at 10:22 PM No comments:

Another illustration for one of TGB Custom's figures, this time the Mammoth Monster. 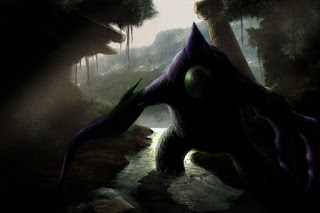 It started life as... 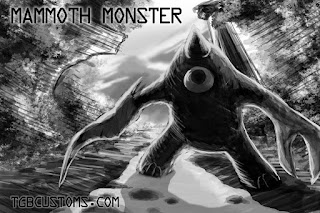 And quickly grew into the troublesome teenage years... 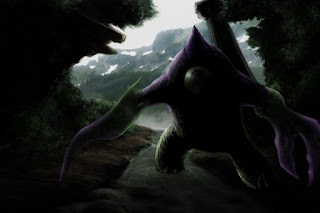 Until finally reaching adulthood and moving out of the damn house. 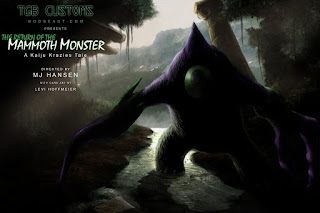 Though it did leave behind some of it's innocence. 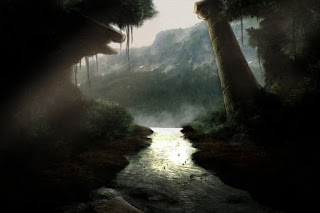 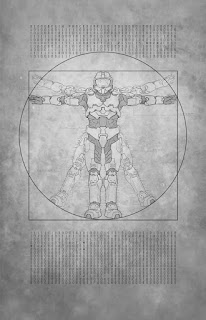 My 'Pariah' illustration, which I featured in my last post, won for its category in Microsoft's (specifically 343 Industries) art contest!  The winners get to have their art published alongside the short story that they chose to illustrate in a future edition of the Halo: Evolutions anthology, published by Tor.


So to recap:  my art will literally be featured in the New York Times Bestselling "Halo" series sometime this fall!!!


You can check out the news (and a winners gallery) on the official site here.

The contest deadline just went by a couple of days ago, so I thought I should post my entry, and (sadly) the non-entry (since I discovered that I could only enter one piece) and a bit about how they came to be.

Illustrating Tobias S. Buckell's short story, "Dirt", I started with the linework below (after a few sheets of thumbnails):

The piece shifted drastically after I had scanned the original image in.  I didn't like what I had, so it became far more dramatic and grasped a much more oppressive tone.

Lot's of tweaking in the final stages - this period seems to be the big time-consumer in all my pieces.

And the final piece: 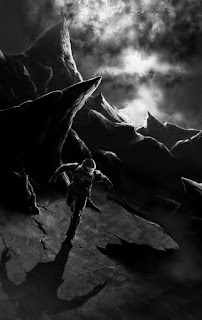 For B. K. Evenson's "Pariah", concerning a failed, tortured super solder, I came up with a much less dramatic and exciting piece... but also a much more subtle and conceptual one.

And to give it a bit more flair... 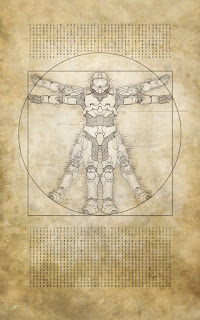 I stared at the two finished pieces for weeks, asking everyone I knew what they thought.  In the end, I went with Pariah, mostly with just a gut feeling... Hopefully I chose wisely, but I still keep imagining the old knight from the end of Indiana Jones and the Last Crusade saying "You chose poorly."
Posted by Unknown at 12:48 PM 1 comment: