Here's a recap of recent work that's gone up around the internet in the last month. 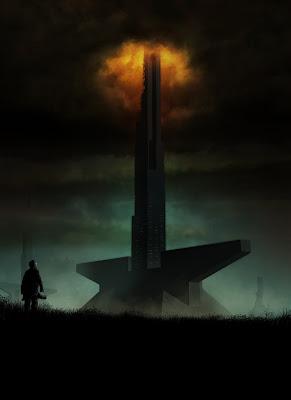 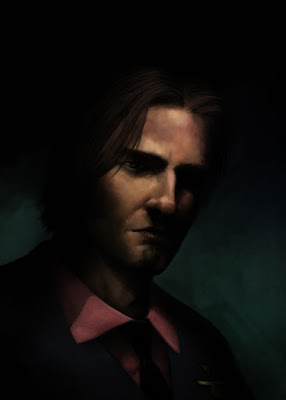 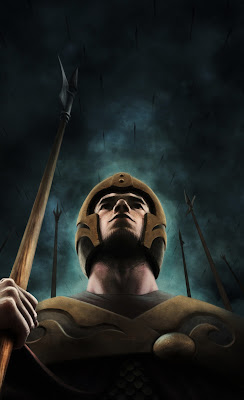 Apparently it was a green month.  Hmmm.

The making of "It Will Never End" - rejected illustration for Ubi Workshop's Art of Assassin's Creed.

So the prompt said basically to create your own assassin within the Assassin's Creed - the rest was up to you.  Any time period, any style, any medium, etc...

I decided upon crafting a near-futuristic (is that a word?) assassin.  Now, I figured a futuristic version might be popular, very popular.  But the execution of a piece of art is just as important as the initial idea, right?

So i opted to do something subtle.  No giant cities and flashing colors or giant mechs.  Just a hologram HUD and an electrified blade, with the real time and setting to be interpreted by the viewer.  Give it a bit of mystery and keep the viewer engaged (like making them have to read the text backwards to figure out what it says). 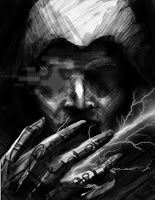 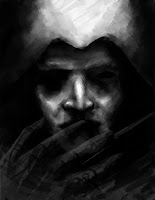 Then I broke the piece down and deleted the Googled lightning I had used as a placeholder.  I'm mostly just using a custom brush here to smudge the hell out of everything. 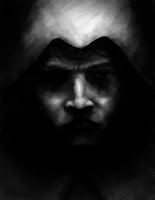 Really worked hard to capture a realistic likeness using a custom smudge brush, some thinner brushes for the hair... ...and some spotted brushes to add in some skin texture.  Started adding in some color as well so I could start to figure out its affect on the piece.  I was trying to create an assassin with a darker skin color... but with all the reflections and lighting that came later, that was kind-of lost. 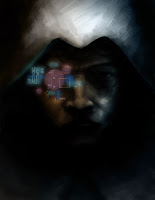 The hologram was a lot of fun to do.  Used a number of built-in Photoshop filters on colored shapes to give me the effect I wanted. 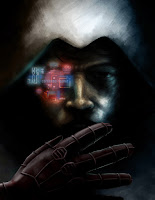 Painted in his glove.  Looks really strange and doesn't fit at the moment so... 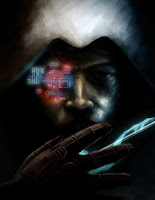 ... I added shadows and details and highlights to immerse it within the work.  I also added the electrified blade and tweaked the whole image.  A scan of a sheet of paper that I wiped ink across in various ways was used atop of everything to give some slight texture to everything.  And it's done.

Here's a link to the piece on DeviantArt, as well a shot of all these in-progress pics laid out next to each other.
Posted by Unknown at 7:13 PM No comments: 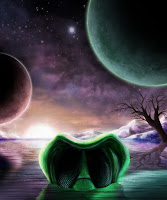 From a post a few back, I featured my Larvoid illustration for TGB Customs.  Well here is one of the actual figurines with the artwork on its packaging!  Very cool! 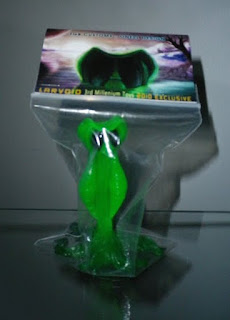 Posted by Unknown at 8:59 PM No comments:

Here's a couple of comparison shots to show the progress of creating the Virgil character design, highlighted in the last post.

Sketching randomly led to an interesting portrait that seemed to work for a character from something I've been working on. 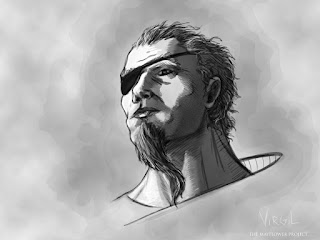 I then started on a more polished character design piece that would have a close portrait and a full-body design next to it.  He grew a bit younger as I worked on it.

The full-figure was fun to do, with a lot of temporary layers here and there that demoed wild and weird ideas as I worked on him (think that shoulder plate on the left, but all over). 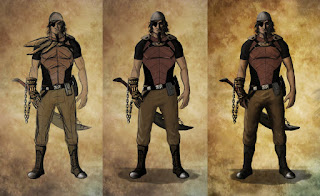 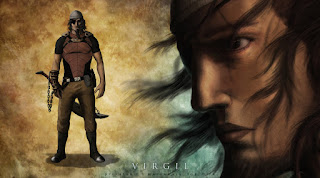 Posted by Unknown at 6:54 PM No comments: