Comic & Concept has evolved. But this version of it will remain as it was, now as the 'Classic' iteration. If you want to know why my brain needed a full refresh to kick my inspiration into gear, you can read this.

There's still some good stuff here though, so it'll stick around as a back issue (until the paper dissolves). It served as an oft-forgotten journal from the end of my college days to years later as a somewhat-freelance illustrator. It covered fan-art and ambitious fan-projects like A Fistful of Arrows to original creations like the first issue of my comic, Mayflower. Each entry is a signpost along what I think is an important transition in (and perhaps maturation of) my art. I still don't know what I'm doing now, but I do know that it is at least a significantly different thing that I'm doing.

So it's time for this blog to rest and lay still, making room for something new - which isn't an easy thing to do. 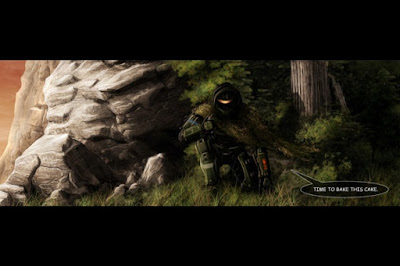